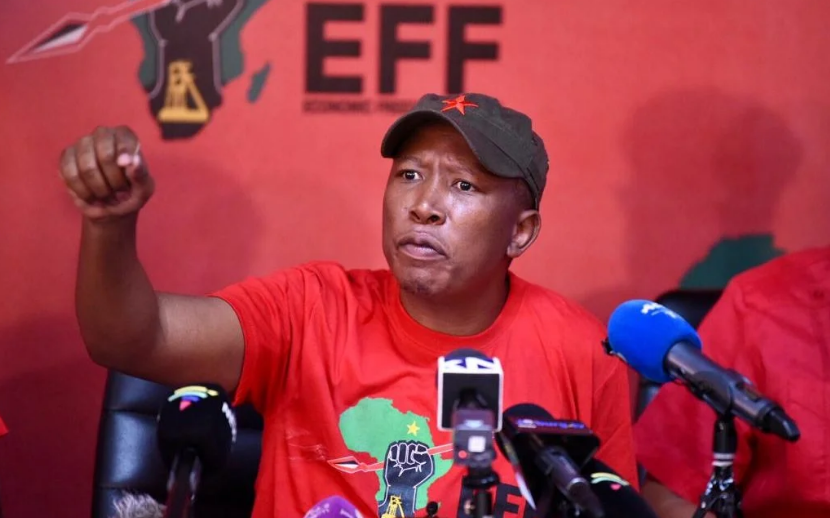 The EFF has warned that the State of the Nation of Address in February will be turned into a question and answer session if President Cyril Ramaphosa does not call a press conference by the end of January and come clean about his dodgy dealings with the controversial facilities management company, Bosasa.

Addressing journalists at a media briefing in Johannesburg, the EFF president Julius Malema said his party has already written to Speaker Baleka Mbete to initiate impeachment proceedings against Ramaphosa in relation to his dealings with Bosasa.

“Cyril Ramaphosa must produce evidence that he paid back the R500 000 Bosasa funding for his ANC election. He has until end of the month, otherwise EFF will turn the next SONA into a Q&A on Bosasa,” Malema told journalists.

“Can the President produce the contract between his son and Bosasa? The contract which he has seen with his own eyes? If Ramaphosa behaves like Zuma he will get the Zuma treatment. Once you lie to Parliament, you will be treated like a constitutional delinquent.

Malema also called on cabinet ministers implicated in the bribery scandal at the Zondo Commission of Inquiry by former Bosasa chief operations officer Angelo Agrizzi to resign from both Parliament and Cabinet.

“Implicated ministers including Nomvula Mokonyane must resign. Baleka Mbete, Gwede Mantashe, Nosiviwe Mapisa-Nqakula must all resign from both Parliament and Cabinet. Cyril is probably not acting to date because he too may be a beneficiary,” said Malema.

“Upon his removal, Zuma did warn South Africa that even those in the ANC who call him corrupt are the most corrupt and will be revealed.”

He further criticized certain media houses, particularly Tiso Blackstar Group and owners of the Sunday Times, for shielding Ramaphosa despite being implicated in Bosasa’s corruption and political machinations.

“Even when Ramaphosa is implicated in Bosasa, the Sunday Times still want to tell us about Zuma. How can Zuma being involved in corruption be breaking news? They do so to shift the heat from Ramaphosa and his corruption,” said Ramaphosa.

“The EFF still demands full disclosure of the process to secure the Tiso Blackstar venue for the State Capture Inquiry. Tiso Blackstar has an agenda to promote Cyril Ramaphosa.”

The EFF also called on the Zondo Commission to increase security for former Bosasa COO Angelo Agrizzi, currently testifying before the commission in Parktown.

“Heightened security for Mr Agrizzi because some of the individuals he has implicated in his testimony have a history of killing those they disagree with, as far back as in the MK days,” said Malema