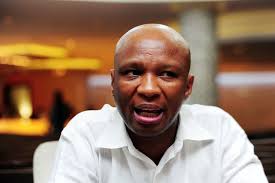 The African National Congress will vet over 800 party members to see who is and who is not eligible for election to various legislatures in this year’s general elections, the ANC said on Sunday

ANC national executive committee (NEC) has been meeting at the Coastlands Hotel in Umhlanga, Durban since Friday to discuss the various nominations lists received from ANC branches across the country.

ANC acting spokesman Zizi Kodwa said on Sunday the names would now be reviewed, with those that “sow division” or have criminal records, among other things, expected to be removed from the lists. Once this process was over, the names would be forwarded to the Electoral Commission of South Africa (IEC) in the run up to the elections scheduled for May.

“The public representatives must know they are chosen and did not choose themselves. The list must be electable. They must enhance the integrity of the ANC. This conference was not about adding or removing. It was about receiving lists from branches. The vetting might mean removing names, literally, because there is a means test.

“[This test] will include criminal records, those who have a history of sowing divisions, people who have been to disciplinary committees of the ANC, and people who can’t pass the test of integrity for the ANC,” said Kodwa.

“There is no doubt that the ANC’s list process is the most comprehensive and transparent in South Africa’s political terrain, guided by a set of guidelines that ensure internal democracy. The guidelines ensure that the core values of the ANC are reflected in the calibre of people who get nominated to become the ANC’s public representatives in parliament and provincial legislatures,” said Legoete.

While a recently released poll undertaken by research outfit Ipsos polled the ANC at 61 percent support, the party would still need to convince voters and make sure those elected to the list were in fact voted in to national parliament and provincial legislatures, he said.

On January 8, the ANC’s 107th anniversary, President Cyril Ramaphosa will deliver the traditional annual ANC statement outlining the party’s objectives and successes. This will be held at the Ohlange Institute at Inanda in Durban. On January 12, the ANC will unveil its elections manifesto at the Moses Mabhida Stadium, also in Durban.

Opening Up Without Control of Covid-19 is Recipe for Disaster, Says WHO Chief

South Africa now has 618 286 confirmed COVID-19 cases, the Department of Health announced on Thursday. This is an...
Read more

THE former ANC provincial secretary in the Western Cape, Songezo Mjongile, has died after a six-month battle with colon cancer.
Read more