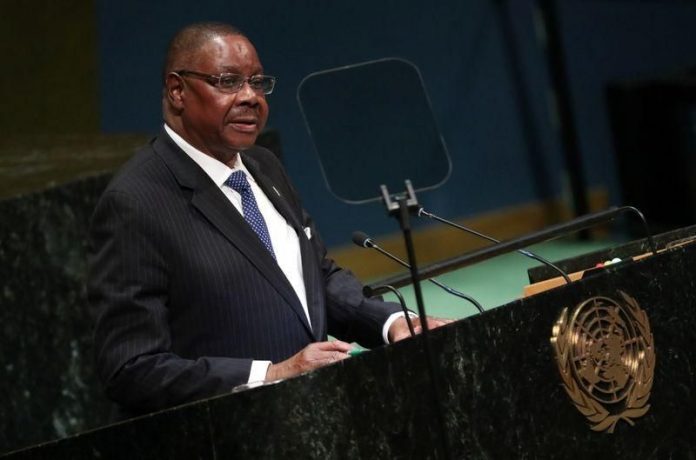 Malawi’s presidency said Wednesday it would appeal a court ruling overturning the election result that returned Peter Mutharika to power, saying that it cannot be allowed to stand.

Presidential spokesman Mgeme Kalirani said the presidency had compiled papers for the appeal against the ruling.

“The ruling by (the) … court cannot be allowed to stand … it will create a lot of problems in the country’s jurisprudence,” Kalirani said in a statement.

“It is a great miscarriage of justice.”

The Constitutional Court stunned Malawians Monday when it annulled the May 2019 presidential vote that declared Mutharika a winner.

The court cited “widespread, systematic and grave” irregularities, which included results sheets with sections blotted out or altered with correction fluid, and it ordered a re-run.

Mutharika, Malawi’s president since 2014, won a close election with a 38.57% share of the vote, with opposition party leader Lazarus Chakwera getting 35.41% and Deputy President Saulos Chilima, who had formed his own party, achieving 20.24%

In a unanimous decision, a panel of five judges ordered that a new presidential vote be held within 150 days, upholding complaints from Chakwera, the president’s main rival, and Chilima.

Eskom has suspended the managers of two power stations it blames for exacerbating breakdowns leading to widespread power outages, it said on...
Read more

NYAKALLO TEFU President Cyril Ramaphosa has announced the launch of a tracing mobile app that will help curb the...
Read more

Opening Up Without Control of Covid-19 is Recipe for Disaster, Says WHO Chief

CHARLES MOLELE THE National Education, Health and Allied Workers Union (Nehawu) has insisted on pushing ahead with its litigation...
Read more

AFRICA has escaped the "exponential" rise in coronavirus cases seen elsewhere probably due to low population density and a hot and humid...
Read more

Government And Nehawu Agree To Continue Engagement On Workplace Issues